Royal Pizza believes in giving back to our community. We want to show our appreciation for the support we receive from our customers. We do that by supporting local charities such as Ronald McDonald House, Breast Cancer Research, Stollery Children’s hospital, Inn from the Cold, Give Me Shelter, in conjunction with Global TV, The Edmonton Food Bank and various other charities throughout Edmonton. Our Franchisees are also very active in supporting various charities in their neighborhoods.

The Story of Royal Pizza

Royal Pizza celebrated it’s FIFTY YEAR ANNIVERSARY in 2019! It all began back in 1969 with Gus Pappas and John Pontikes when they opened the first Royal Pizza in Old Strathcona. One of just a handful of pizza restaurants in the city at the time, they quickly distinguished their restaurant by piling their pies with plenty of cheese and topping. The restaurant soon became an Edmonton favorite. Mike and Cynthia Hanley purchased the restaurant in 1995. They were committed to the same quality, traditions and customer service as the founders. That’s how the catch phrase “Still Making it Great” came about. It was important that customers know the ownership had changed, but the pizza had not.

We want our customers to know how much we appreciate their support and business over the years and we thank them for their patronage. They are the reason for our success and the numerous awards we have won over the years.

People are instrumental in the growth of Royal Pizza and I would like to acknowledge our Franchisees and all their hard work, dedication and contribution. We now have thirteen franchise locations throughout Edmonton, one in Calgary and one soon to open in Red Deer. I also want to thank our loyal employees at our commissary and franchise locations who give us their best every day. 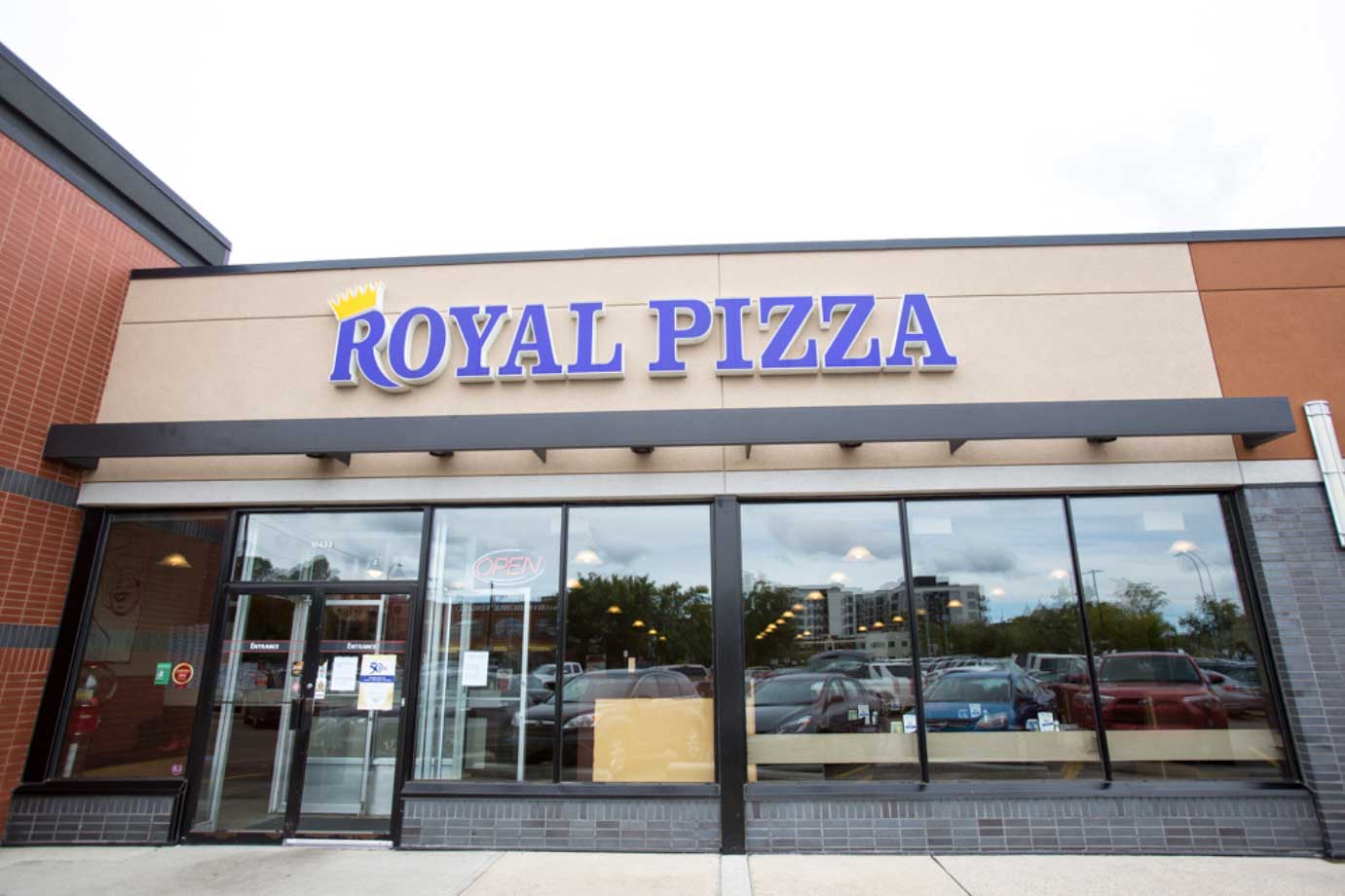 By Nerissa McNaughton with photos by Rebecca Lippiatt 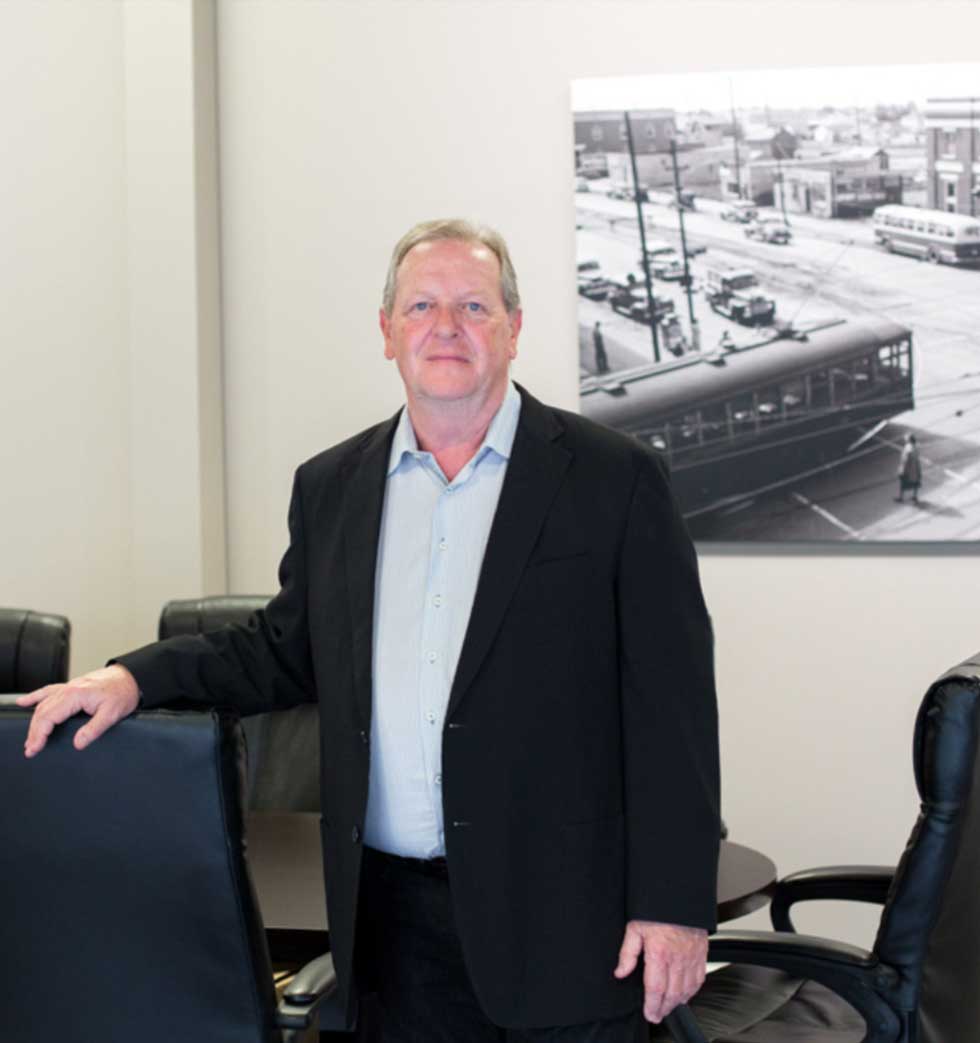 One cannot hear the words “Royal Pizza” without immediately remembering that catchy jingle, “still making it great!” But how many of us know the story behind the brand? Royal was one of the early purveyors of pizza in Edmonton and 50 years on, we still can’t get enough. Here’s how it all began.

In 1969 Gus Pappas and John Pontikes opened the first Royal Pizza in old Strathcona. One of just a handful of pizza restaurants in the city at that time, the gentlemen quickly distinguished their restaurant by piling their pies with plenty of cheese and toppings. The restaurant quickly became an Edmonton favourite, especially by the University of Alberta and the Park Hotel. By the time Mike and Cynthia bought the brand in 1995, it had a loyal and dedicated following – but Gus and John weren’t willing to sell to just anyone. Before the deal was complete, Mike had to prove he was committed to the same quality, traditions and customer service as the founders.

“I had a background in sales and marketing but no restaurant experience,” explains Mike. “I had to prove myself before they would consider selling to me. They worked with me for three months before being confident enough to hand the business over. I have kept the same recipes and traditions that were started in 1969 and to this day, customers know they are getting the same quality product. We now have generations of families coming to Royal Pizza and they enjoy the same great quality of food they have come to expect.”

That is how the jingle, “still making it great,” came about. Mike wanted customers to know that the ownership had changed, but the pizza had not.

Some things, however, did change. Mike and Cynthia started home and office delivery, and they were quick to learn, “it was really well received!”

The advertising campaign and the delivery option boosted the brand tremendously, enabling the first franchise in 1998. This was followed by 14 more franchises in Edmonton and area. The number of employees has grown from 12 to over 200.

“Royal Pizza’s goal has been to create a friendly, family dining experience that has our customers saying, ‘I’ll be back.’ Fourth generation customers are still coming today, looking forward to favorites they have been enjoying with their families over the last 50 years,” says Mike.

He continues, “the most significant contributor to our success is the fact that we continue to serve the same quality of food people have been enjoying for 50 years. We stand out from our competitors because we create our own crust at our commissary, we have a custom blended cheese and we do not skimp on the cheese and toppings on our pizzas – that has become the trademark of Royal Pizza. We are very conscientious about our product and service and want to provide the best possible experience for our customers.

“Another very important factor to our success are our franchisees. They are very diligent in providing the same quality of service and product and have contributed greatly to the growth and success of Royal Pizza. The 14 franchisees have been successful in providing the same dining experience our customers have come to expect regardless of which location they visit.”

Over the past 50 years Royal Pizza has won a Consumer Choice award, the Golden Fork Award, has been named the best pizza in Edmonton several times over and has earned first place in many pizza contests despite constant and growing competition.

“Our greatest challenge has been to remain competitive with the numerous pizza companies that have opened in Edmonton over the years,” Mike acknowledges. “We must provide the same quality product and at the same time remain competitive price wise. The advantage we have is that we never cut back on quality or service. We stay ahead of the curve by providing the product our customers have come to expect and by opening locations to make visiting our restaurants and take outs convenient for our customers. We also provide easy access and an ordering app for those customers that choose delivery or pickup.”

What are those customers ordering? The fan favourites are the Royal special, the Royal vegetarian, the ham and pineapple and Mike’s personal favourite, the meat lovers. Special mention goes to another favourite, Fred’s special. It was named after a customer who came in every Friday night without fail, and when he passed away the owners named his favourite pizza after him. It is still on the menu today.

Always keeping the customers’ best interest in mind, Royal Pizza also offers a gluten free crust and continues to source as many local ingredients as possible. 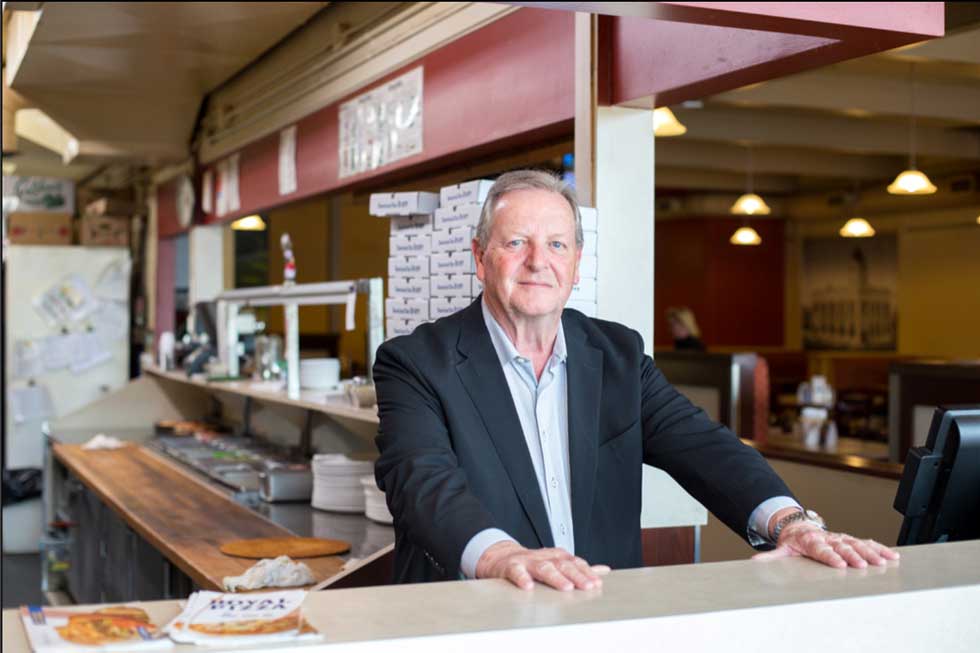 Fifty years of making great pizza have come and gone, and Royal keeps evolving while maintaining the delicious traditions for which it is known. Mike states, “We are currently in negotiations for two more franchises in Edmonton, one north and one southwest. We have a franchise opening in Calgary in the fall of 2019 and discussions underway for additional franchise locations. We are also in discussions with investors and prospective franchisees to expand into other cities in western Canada.” Mike reflects. “the most rewarding thing is to have built, from one restaurant, a franchise of 14 locations and still provide the same quality product our customers have come to know and appreciate. We also find it rewarding to have been able to provide an amazing business opportunity to our franchisees.

“We want our customers to know how much we have appreciated their support and business over the years and thank them for their patronage. They are the reason Royal Pizza is the success it is today. We are proud of the recognition we receive from our loyal customers.

“People are instrumental in the growth of Royal Pizza. I would like to acknowledge our franchisees and our long-term employees, such as my executive assistant, and all of our employees at our commissary and the franchises who give us their best every day.”

“We also appreciate being voted ‘best pizza’ by the people who matter most – our customers.”

Royal Pizza is still making it great and will continue to make it great for another 50 years and beyond. If you are in the mood for pizza tonight and you crave a hand-made crispy crust piled high with a special blend of cheese and sauce and all of your favourite toppings, you know who to call. Visit one of their locations or call or tap that app (royalpizza.ca/royal-app) to see why Royal Pizza has been delighting Edmontonian’s taste buds for half a century. They have always been, and will continue to be, one of Edmonton’s favourite pizza restaurants. 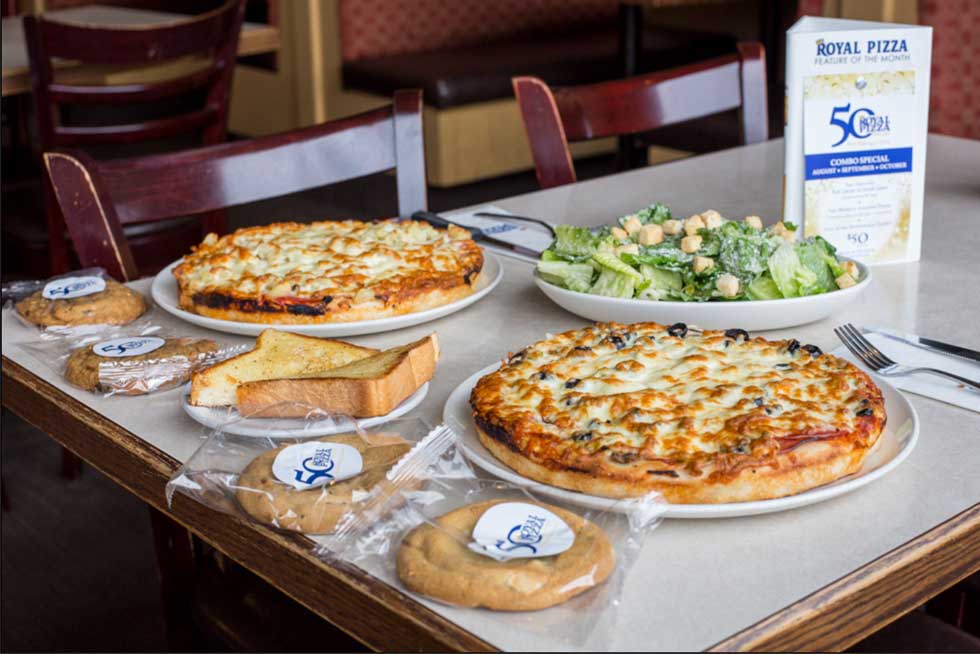 TAKE OUT AND DELIVERY LOCATIONS